Isochrone maps are not limited to trains, planes, cars and bikes, they are versatile and can describe time relations of various subjects.

For example, how many hours would a tsunami wave take to travel across the Pacific Ocean after a earthquake in Chile? Similar to the 2010 8.8-magnitude earthquake.

Speaking of Japan and of a more pleasant kind of isochrone map. Every year isochrone maps are drawn of the cherry blossom forecast in Japan, as wonderfully described at the Tokyo Cycling Blog. (We have come full circle to Galton’s weather map.)

The cherry blossom map shows with isochrone lines the dates until when the cherry blossoms will bloom, starting with 20th of March in Kyushu to the 10th of May in Hokkaido. But isochrone maps for flowers are not only reserved for Japanese. Below a  bloom forecast map of Germany and neighbouring areas with apple blossoms. 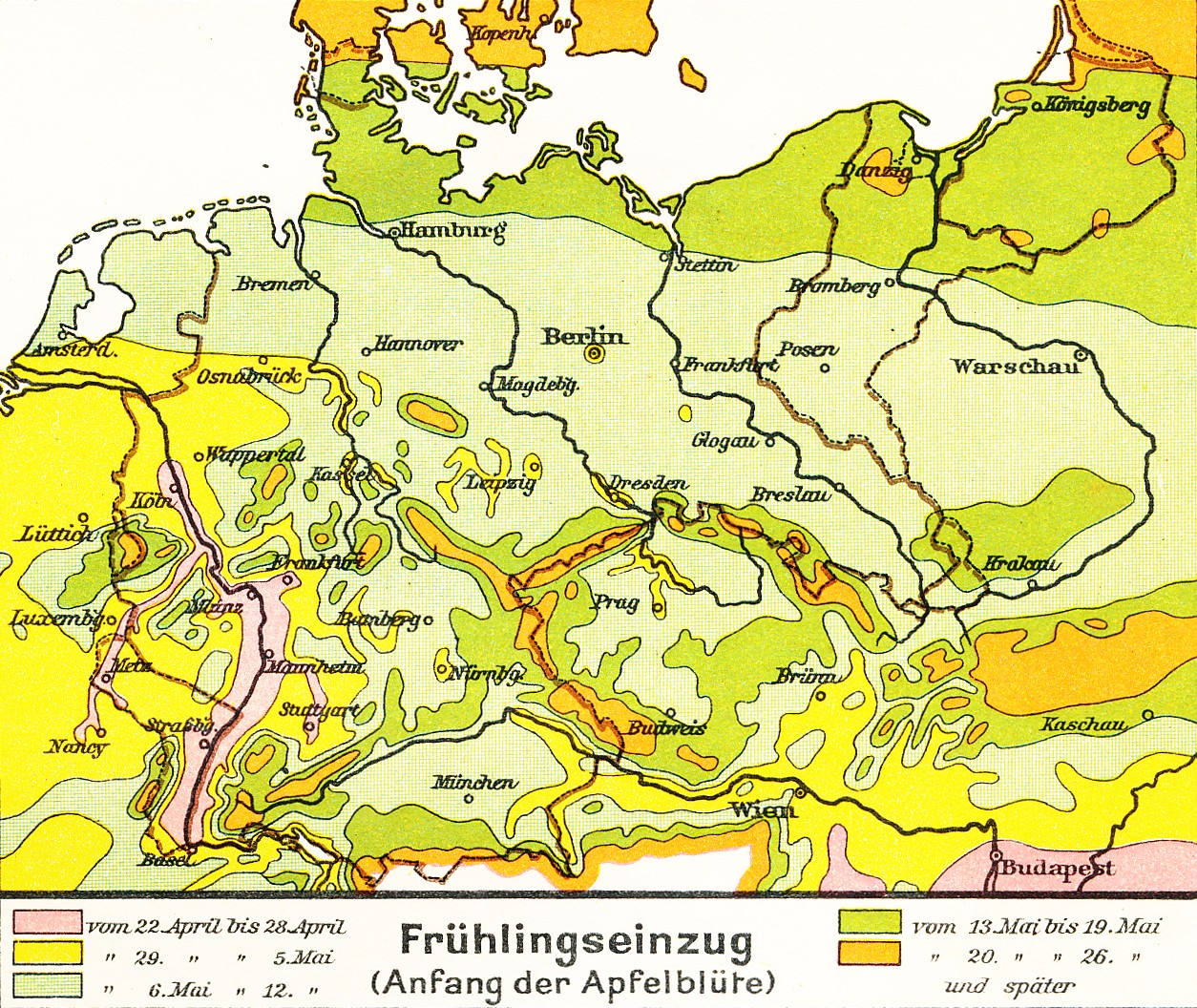 This map shows when you can expect to enjoy apple blossoms in your garden, conveniently titled “Springtime Begins”.  Along the upper Rhine and by Budapest already from 22nd to 28th of April up until 20th to 26th of May or later in Copenhagen and in the mountains.

Another way to tell if spring has begun in a mild humid climate is when birds return from their winter grounds in the South (or North depending where you live). The map below shows when you can expect to see the Ruby-throated Hummingbird in the East of North America, isochrone lines split the seasonal migration of these birds into 15 day categories.